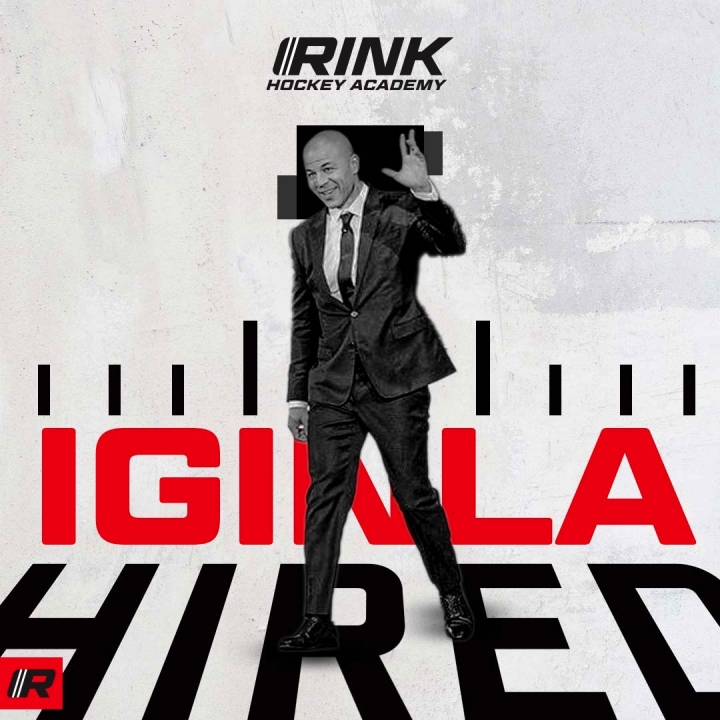 The RINK Hockey Academy Kelowna is proud to announce the hiring of former NHL veteran, Jarome Iginla. Jarome will be taking over the Head Coach position of the U15 Prep team for the 2021-2022 season. His role will begin immediately with the organization to allow ample time for scouting, recruiting, and building out his roster for the upcoming season. Jarome is moving to Kelowna from Boston where he has spent the past 4 years coaching his two sons through minor hockey and enjoying retirement. RHA Kelowna is thrilled to be adding a coach who has a proven track record of success in coaching teams and players at the U15 level as well as years of professional playing experience in the NHL. Jarome will also be helping out with the U18 Prep team throughout the season. Jarome will be returning to Kelowna full time where he has spent the majority of his time during the summers throughout his playing days and is very familiar with the Okanagan region.

Jarome has spent the past 4 years coaching minor hockey in Boston, Massachusetts, a hot bed for hockey in the north east of the United States. He has coached his sons, Tij and Joe’s respective minor hockey teams, and most recently helped bring the 2006 Boston Jr. Eagles from a 20th ranked team to #1 in the nation. They have competed against all the top Toronto-based team like the Jr. Marlies. Along with coaching the Jr. Eagles, Jarome has also been coaching the past three seasons with the 2008 Boston Jr. Terriers. It is experiences like this that RHA Kelowna feels Jarome will have a positive impact on the student-athletes within the program. He has shown he has the coaching acumen to work with and assist in the development of young athletes of similar ages and skill levels as the team he will be taking over.

“I’ve really enjoyed my time in retirement getting to coach our boys and their teams in competitive hockey out in Boston,” said Jarome. “I’m looking forward to getting back to Canada and having the opportunity to continue to work with the kids, helping them to get better, work towards their goals, and continuing to develop a passion for the game.”

As teams head into the second half of the year, RHA Kelowna begins its scouting and recruiting heading into the 2021-22 season. It is the goal of both the organization and Jarome to get busy in organizing a competitive team in an always tightly contended U15 Prep division of the CSSHL. With a number of changes and announcements like the investment in a new facility and home for the RHA Kelowna program the excitement is high heading into the year ahead.

When asked about his excitement on joining RHA Kelowna, Jarome said, “I’m excited to be joining the organization as they have made some great additions to an already strong program. To me, it gives young hockey players that are committed to working hard and competing every chance to excel and enjoy the game.”

“He’s a winner and leader. Those are two things you can’t have enough of.” said Glen Naka, Director of Hockey Operations at RHA Kelowna. “Jarome will bring invaluable experience to our organization from both a coaching perspective of similar aged teams and a player perspective from the NHL which is almost every student-athletes end goal.”

For more information regarding applications for the 21-22 season, please visit the RHA Kelowna website here.

The RINK Hockey Corp. is a Winnipeg, Manitoba, Canada based company founded in 2009 by people passionate about a unique approach to skill development and the game of hockey. Our team of professionals are committed to setting the standard of excellence and innovation in hockey in an environment where exceptional performance has no limit with the vision of being a complete hockey resource for personal and professional development. The company owns and operates the RINK Training Centre in Winnipeg, MB and its respective Player and Goalie Development divisions, as well as the RINK Testify Performance whose focus is sports-science and data-driven training.  The RINK Hockey Corp. also owns and operates the RINK Hockey Academy, with locations in both Winnipeg, MB and Kelowna, BC, which delivers student athletes a world-class education-based hockey experience. The RINK Hockey Corp. prides itself on delivering development to all ages and skill levels while upholding a culture that fosters love for the game of hockey.