The Keystone Trio: Three #RINKTrained Athletes names called in the first round of 2022 NHL Draft

The 2022 National Hockey League Draft in Montreal was a remarkable evening.

First, the Phoenix Coyotes called out the named of Winnipeg Ice star Conor Geekie. Then, just moments later the Columbus Blue Jackets said “Denton Mateychuk of the Western Hockey League’s Moose Jaw Warriors.” And then, less than half an hour after that, the Pittsburgh Penguins called out the name of Mateychuk’s cousin, Owen Pickering, the long, lean lanky D-man from the Swift Current Broncos.

In what was a rare event – only the third time in Draft history – three Manitobans had been selected in the first round (the most of any Canadian province this year), all three were from small Manitoba towns and all three had a connection to the RINK, the hockey academy, arena, training centre and sports therapy clinic out on South Landing Drive in Oak Bluff. 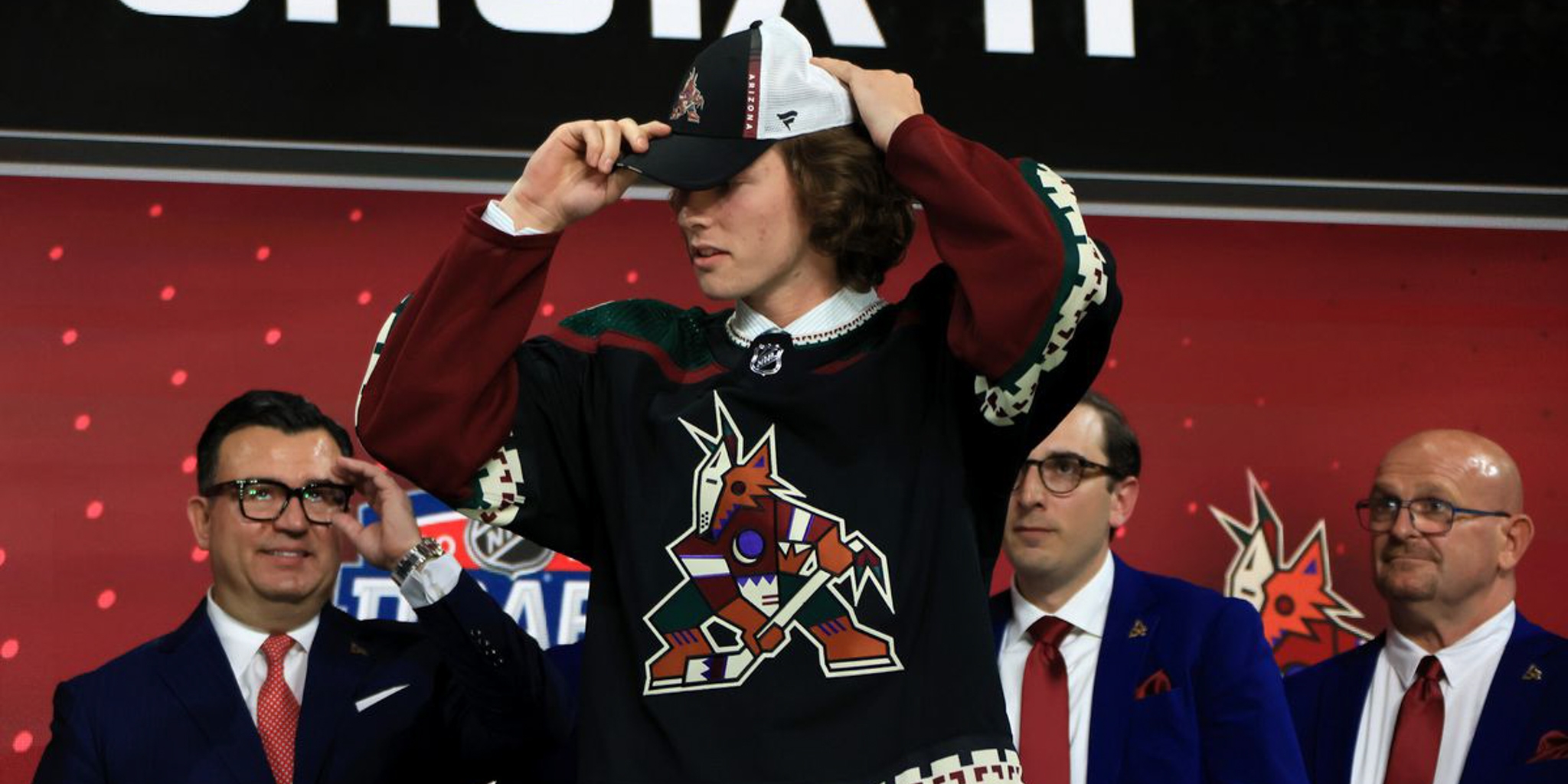 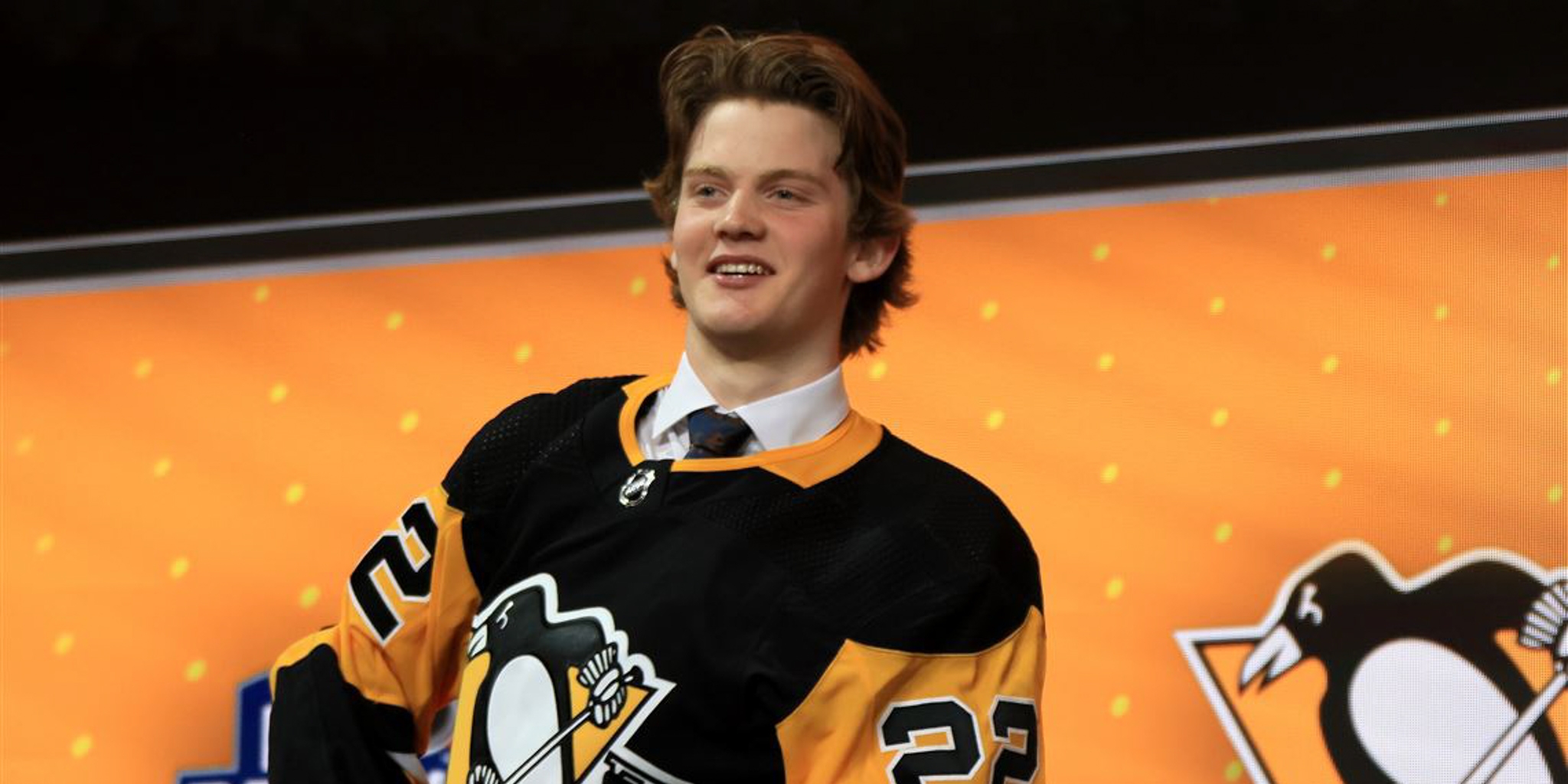 “Every one of the seven Manitoba players selected in the Draft have at some time been connected to the RINK,” said Performance Coach Matt Asmundson, who has personally worked with most of the players selected. “This is the home of elite hockey in Manitoba, I don’t think there is any doubt about it.”

It’s interesting that the players were from small-town Strathclair (Geekie), Dominion City (Mateychuk) and St. Adolphe (Pickering), but it was also interesting that the only other times at least three Manitobans had been selected in the first round were in 1970 when four were chosen: Riverton’s Reggie Leach (third to Boston), Flin Flon’s Ray Martyniuk (fifth to Montreal), Winnipeg’s Chuck Lefley (sixth to Montreal) and Brandon’s Chris Oddleifson (10th to Oakland). And again in 1974 when Winnipeg’s Cam Connor (fifth to Montreal), Brandon’s Ron Chipperfield (17th) and Oak Lake’s Don Larway (18th) were taken.

In total, nine Manitobans were selected in the 2022 NHL Draft (see accompanying list) including Daimon Gardner, another former RHA star (2018-19 and 2019-20) who played for the Winnipeg Monarchs, but is from Eagle Lake First Nation in Northwestern Ontario. He was a member of Indigenous Team Manitoba at the COVID-cancelled 2020 National Aboriginal Hockey Championship.

Meanwhile, for the 2022 class, nothing could have been more exciting.

“Being drafted means the world,” said Pickering. “And it was a big day for hockey in Manitoba. I am super proud and it was nice to watch those guys have their moments and I was super excited.

Pickering not only played for Team Canada at the 2022 World U18 Championship, but he also career highs in in goals (9), assists (24) and points (33) in 62 games for the Broncos and was named to the WHL (Central) Second All-Star Team.

“We're excited to have him -- a 6-4 defensemen, they don't fall off trees," said Penguins general manager Ron Hextall, a Manitoban himself. “He's a nice add to our group, for sure. His size-to-skating ratio is very good, and we do believe there's quite a bit of upside.”

Pickering was the 15th-ranked North American skater by Central Scouting heading into the 2022 Draft. His rise to prominence has been rather swift.

"If you would have told me a year ago that I'd be in this position, I probably would have told you that you're a little crazy,” admitted Pickering, who played at RHA in 2019-20 and 2020-21. “But that's not to say I don't have confidence in myself, it's just that it happened pretty fast.

"Obviously I kind of grew, got stronger, got put in some good situations in the lineup, and I feel like I took advantage. So, I definitely think I earned it, and I'm proud of that. But it's not something that's been expected for a super long time, I guess.”

Another outstanding Manitoba defenseman was selected in the first round. With the 12th pick, the Columbus Blue Jackets took Dominion City’s 5-foot-10, 200-pound Denton Mateychuk. The 17-year-old former Canadian U18 player who had 13 goals and 64 points in 65 game with the WHL’s Moose Jaw Warriors this year, is a former Provincial U16 team member and Eastman Selects star.

“The draft was an awesome experience,” Mateychuk said. “I had never been to one in person before so that added to the excitement. The feeling when my name was called was awesome. It’s an indescribable feeling and something that I will never forget. It’s the first step to the process and I’m really excited and honoured to be a Columbus Blue Jacket.”