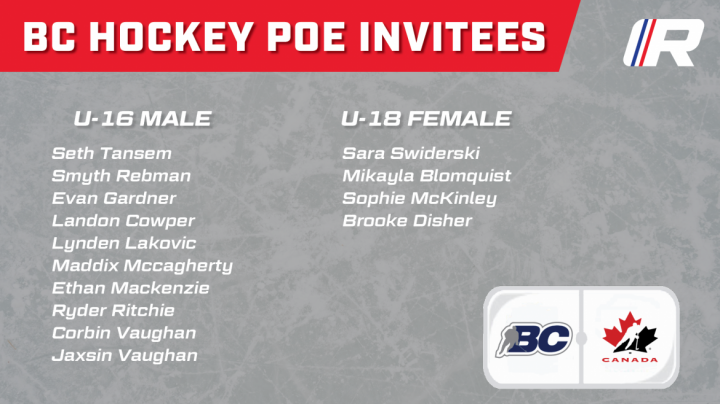 The Lower Mainland will welcome a selection of BC’s and Yukon’s best female hockey players born between 2004-2006, and the best 2006-born male players this weekend. Both the Female U18 and Male U16 invitees will be split into three teams respectively. Over the four-day camp, the teams will participate in a variety of on-and-off-ice sessions including practices and intra-squad games. For more information: click here!

Congratulations and best of luck to all of RINK Hockey Academy's student-athletes!