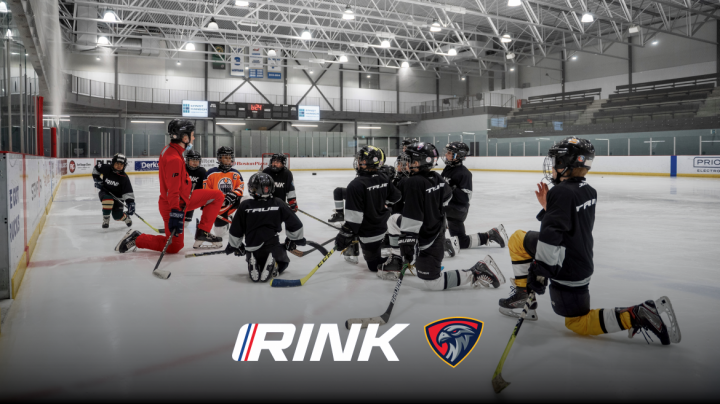 July 1st, 2021 marked the official grand opening of the state-of-the-art Niverville Community Resource and Recreation Centre. The 99,000 square-foot facility features an arena, fieldhouse, performing arts theatre, not-for-profit community childcare centre, indoor playground, meeting rooms and community common areas - a hot spot for a variety of local and regional events. Shortly after the Manitoba Junior Hockey League (MJHL) announced that they will be expanding the league to 13 teams with the newest addition being the Niverville Nighthawks. The announcement has the community excited for junior hockey to be coming to town and their inaugural season will kick off in the fall of 2022.

RINK is excited to be involved in the community of Niverville in various ways this summer and into the fall. This summer RINK will be running a week-long camp at the new facility. The Niverville Tryout Prep camp will be held August 22nd - 26th and is available for both Players and Goalies of 3 different age groups - Development (2014-15), Advanced (2011-13) and High-Performance (2008-10). This camp features 2x On-Ice Session, 2x Off-Ice Sessions and 2x Team Building sessions. With 20 player spots and 2 goalie spots per group, this combo camp allows for both individual skill development for the athlete's positions, as well as practice and game play, ensuring athletes are tryout ready. Niverville Nighthawks players will be present during the entirety of the camp and will join young hockey players in activities both on and off the ice throughout the camp.

Moving into the fall months and the start of the MJHL season, RINK is excited to be a part of the Niverville Nighthawks as RINK’s own Kayden Jarvis and Tyler Oswald were named the Niverville Nighthawks Skill Development coaches for their inaugural season. Kayden Jarvis will be assuming the role of Player Development Coach and had the following to say about his role. “I’m extremely excited to be part of the Niverville Nighthawks coaching staff. Being around the building and the staff over the course of the ID Camp was a great experience. It’s a terrific opportunity for myself as an individual, as well as our entire RINK team to be a part of building a culture for the MJHL’s newest franchise.”

“From the start of this process we’ve been looking for character and compete while recruiting players, and our relationship with RINK sticks to that philosophy. We want to bring people of the highest quality to Niverville. I’m thrilled to have Ozzie and Jarv along for the ride in a day-to-day capacity with the team, and what Jon and the crew over there bring to our entire organization is exciting for all of us,” said General Manager & Head Coach, Kelvin Cech.

RINK is excited for the opportunity to get involved with the community of Niverville beginning this upcoming summer and into the Niverville Nighthawks Inaugural season.