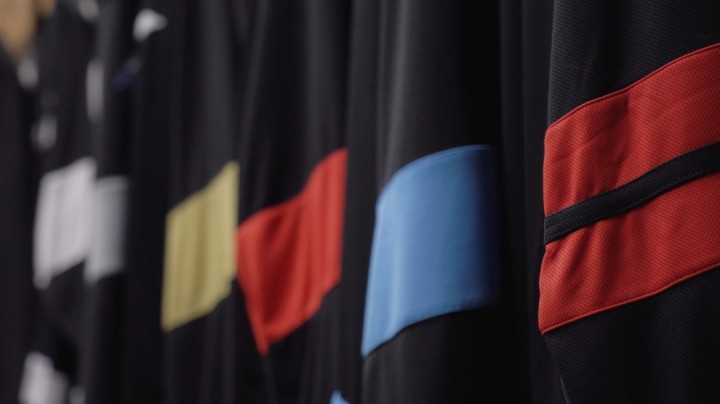 BY SCOTT TAYLOR
Photos by RINK

At it's core, RINK is about development.

To the general public and also to much of the hockey community, the RINK means high-level U15 - U18 prep development teams.

After all, since the first season in 2016-17, the RINK Hockey Academy Winnipeg has turned out some of the best young players in North America – Seth Jarvis of the Carolina Hurricanes, Carson Lambos of the Winnipeg Ice, Minnesota Wild and Team Canada, Anthony Kehrer of the University of Wisconsin, Dante Giannuzzi of the Portland Winterhawks, Jakob Brook of the Regina Pats and National U18-team and Prince George Cougars Tyler Brennan. The list goes on and on. RINK’s ten elite teams in both Winnipeg and Kelowna playing in the CSSHL have turned out some of the best male and female players in the country today.

But because the spotlight always seems to be directed at the stars, the public often misses the core reason for the RINK’s success. It’s foundation is built in the grass root programs. As Jon Cara, the RINK’s Director of On Ice Development and Programming points out, there is no better progressive training development program in the country than the one that is offered at the RINK in Winnipeg and Kelowna.

“When you enroll your athlete at the RINK, you can trust that their development will be taken care of,” Cara explained. “As a parent, if you put your child into our Learn to Skate program, you can go to our website and see that there is a well thought out plan. There is a model to follow. You can watch your athlete’s development and see exactly what the next step is.”

“Our program is really unique and quite special. We have skill development progressions from the time you put on your skates till the bright lights of the big leagues. We deliver this through our core skill pillars defined for both players and goaltenders.”

RINK doesn’t mince words when it comes to its value statement. In fact, the statement is very short and to the point: “To be the complete hockey resource for personal and professional development.”

"WE HAVE SKILL DEVELOPMENT PROGRESSIONS FROM THE TIME YOU PUT ON YOUR SKATES TILL THE BRIGHT LIGHTS OF THE BIG LEAGUES"
- Jon Cara, Director of On-Ice Development and Programming

“The Mastery Program synchronizes on and off-ice training of players and goaltenders,” Cara explained. “It’s focused on developing a foundation in a players’ early years of movement, patterns and skills that will support progression to more complex drills and techniques required to play hockey at an elite level.”

“Similar to the martial arts belt system and swimming’s badge program, successful completion of a level leads to an advancement in rank. Following completion of each level, players and goaltenders will “Earn Their Stripes” and receive a new jersey that will indicate the rank and level of that player. The goal of the mastery program is to maximize development through deliberate instruction from certified coaches that will ensure skill progression and grow each athlete’s love within the game.”

Starting at a Learn to Skate level, the program encompasses everything the RINK has to offer. At the top of the mastery program, NHL and other professional players will train in their off-season and seek guidance from the RINK coaches in-season through game analysis and individual skill plans customized to each athletes needs.

And while RINK Hockey Academy doesn’t run through the Summer months, RINK development is at its busiest time – facilitating development camps across Western Canada and hosting their high level R1 off season training programs. The R1 program is catered to elite players and offers customized training from AAA to Pro, with a guaranteed low player to coach ratio.

RINK has recently introduced figure skating and ringette into its menu of development options which follows the same mastery program, proving once again that RINK doesn’t just work with hockey players, but athletes in a variety of ice sports.

Our team of professionals are committed to setting the standard of excellence and innovation in hockey and an environment where exceptional performance has no limit.

And, of course, with Testify Performance right in the building, the off-ice program is perfectly coordinated with each player’s on-ice skill development.

“When you look at hockey, you’re looking at one of the most complex sports in the world. If coaches don’t understand the fundamental movements and the players can’t perform them, you can’t play or coach successfully. The Mastery Program is deliberate practice based on systematic progression so that those athletes realize success right from our Introductory Programs all the way to the Pros.”

Our team of professionals focuses on instilling habits in our athletes that will lead them to the next level. Individual skill development happens with incremental and focused practice daily. Through individual skill plans provided, we instill the habits for our players to take the lead on their individual development as they move forward in their career.

It’s the little things that make the difference as players climb the ladder in their development. Our team of professionals focuses on the details that allow our athletes to succeed within the team systems. We provide the framework and progressions that allow team members to understand the details of their game, and lead to overall team success.

At RINK, hockey is approached as a lifetime sport. Coaches are trained to become professionals, while players are trained to compete at the highest possible level they can, up until the day they hang up the blades.

“We have development coaches with us now who trained with us as players,” Cara pointed out. “It’s really special how a coach is brought through this program to become a career coach. We’re building careers not only on the players’ side but on the coaches’ side, as well. This is something that rarely exists in Canada. RINK is about a career, not just about week-long camps that are run in the summer.”

“Not every player is going to make it to a pro level,” Cara said. “But through each of our steps and progressions, our goal is to foster the love of the game within young hockey players. We aim to lead them through our programs and instill skills to ensure they enjoy hockey as much as they possibly can.”

To learn more about the lifetime development programs offered at the RINK, just click on https://therink.ca/development-model/. It will open up a whole new world of hockey success, whether you’re a player or the parent of a player.